A few months ago, Tim watched the kids while a friend took me on a fun afternoon of antique shopping. When I came home and showed Tim our new prized possession, an old beat up window, he thought I was nutso.  And when I told him I actually paid money for it, I think he about fell on the floor.  I tried to explain my vision for it to him.  I told him I wanted to fill it up with black and white pictures and use it as a giant picture frame for over our couch.  He just didn’t get it, but being the supportive husband that he is, he let me do my thing.

It took me a few months to get it all done, but here it is hanging over our couch, just like I envisioned.  It was actually pretty easy to hang (I say that even though Tim was the one hanging it).  The window’s hinges already had screw holes in them, so all he had to do was put screws through them into the wall.  And the hinges actually just lined right up to the studs in our wall.  Pretty simple if you ask me!

I think it might look better moved down a little bit closer to the couch, but I am a little concerned the old paint could have lead in it, so I don’t want the kids messing with it at all.  I figured having it a bit higher up would hopefully help keep their fingers off of it. 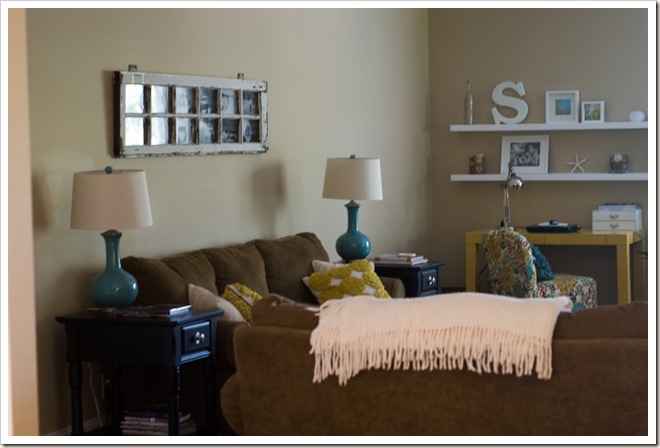 I found out that the window is actually from a house that was destroyed in Katrina.  Kinda cool history, huh? 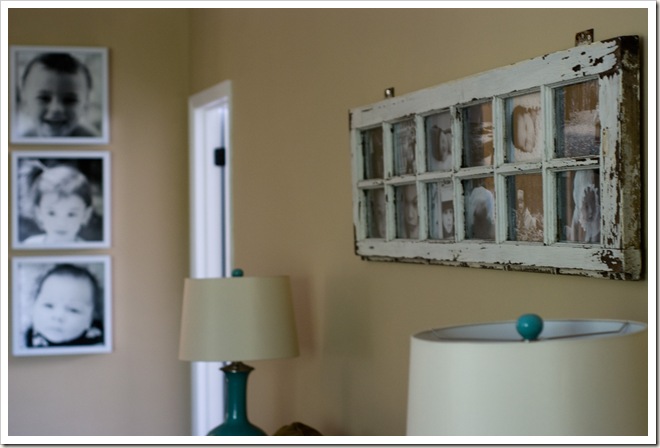 We really like it.  Even Tim agrees that it’s pretty cool and unique. 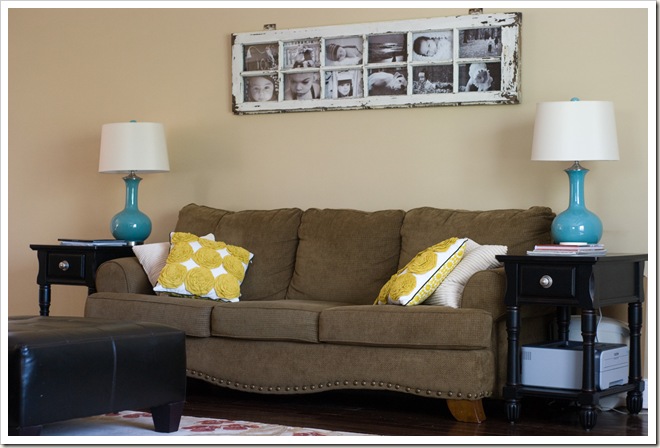 So, what do you think my little blog reading friends?  Do I get a thumbs up?