Lately it was becoming more and more apparent that we needed extra seating in our living room.  For years, we've just had the grey couch and two accent chairs.  When the kids were small, this arrangement worked fine.  We could all pile on the couch with the kids sitting in our laps and snuggle up with a book or watch a movie.  But as they've grown, this just hasn't been working for us any longer.  For one thing, they don't sit in our laps as much anymore, so five people on one couch is just squished.  And squished kids fight.  They fight about who's taking up too much space or touching them with their feet or hogging all of the blanket.  Sometimes one person would want to spread out on the couch and relax but then no one else had a comfy place to sit because no one wanted to sit in the not-so-comfy chairs.

The problem was I really loved my grey couch.  Actually we all did.  It's just so comfortable. We've had this couch for four years now and I still love it just as much as when we bought it. 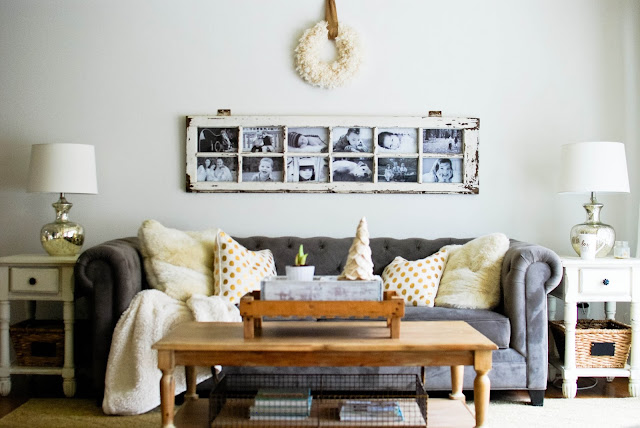 I didn't want to move it out of the living room.  But last weekend, I faced the facts (or maybe I just got worn out by kids fighting on the couch) and decided it was time to try out something new.  So we lugged our white Ikea Ektorp couches upstairs from the basement and plopped them down in place of our existing furniture (which went downstairs to the basement).  And I promised myself to give it at least a week before I made a final decision because I was sure I was really going to miss the grey couch and want to switch it back immediately. 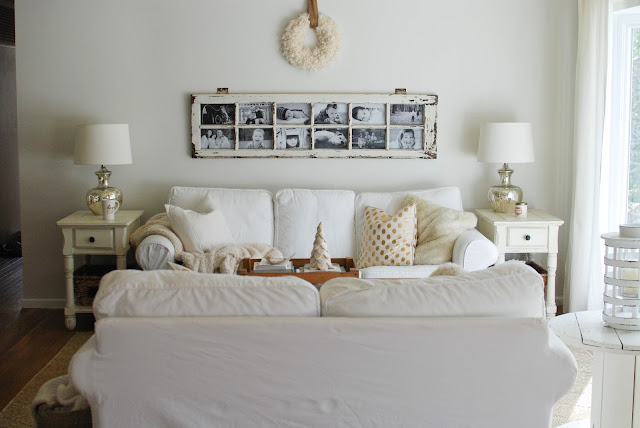 But as I've lived with it this week, I've realized that I like it.  It feels relaxing, cozy, and comfortable.  And we love having the extra places to sit and spread out on. 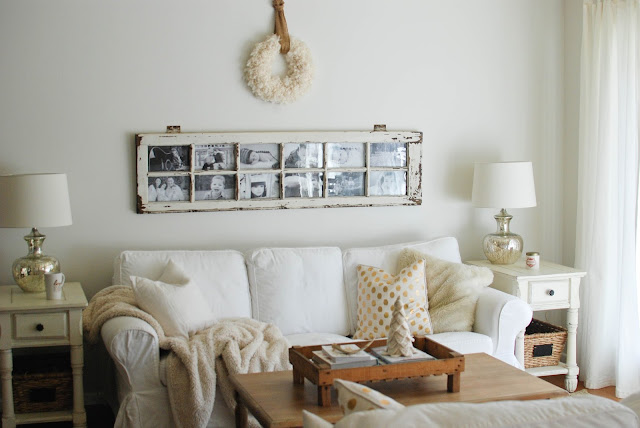 I've been asked how I have all white furniture with three kids and a dog.  I thought now would be as good a time as any to address that question.  For me, the easiest way to do battle against dirt and stains is prevention.  And the three things that cause the most mess and stains in our home are food/drink, art supplies, and dirt.

Now obviously you want to live in and enjoy your home, so you have to find a balance with this that works for your family.  We have a few rules set in place that help at least contain the mess and protect our furniture, walls, and curtains.

One, is that except for special occasions like family movie nights, food and drinks (except for water) stay in the kitchen at the table.   I don't let my kids wander around the house eating or drinking.  This prevents them from dropping food all over the floor or down in the couch cushions, spilling drinks on the furniture, and wiping their sticky fingers on the walls. Maybe when they get older I won't be such a stickler to this rule, but for now, I think it saves me a lot of time in cleaning up after them.  And when they finish eating, I always remind them to go wash their hands (without touching anything first!) and wipe their face off. 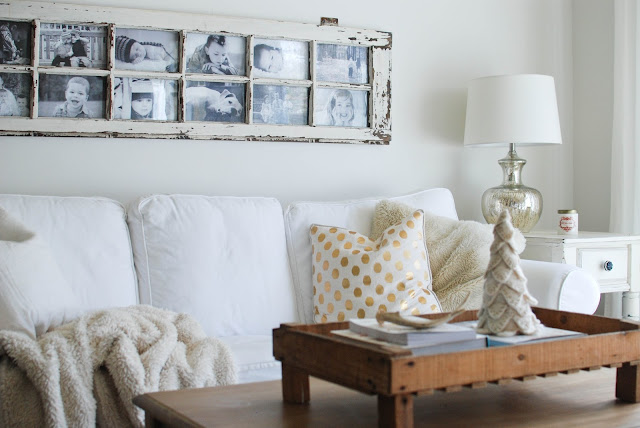 Another rule in our home is that we pretty much keep art supplies contained to one area - the art closet.  By keeping all art supplies and projects in the art closet,  the mess stays there and I don't have to worry about accidental marker stains on the couch or glitter glue stuck to the coffee table.  Another benefit to this rule is that I don't have to constantly pick up crayons, markers, and papers that have been scattered all over the house.  Most days, the art closet looks like a glitter bomb went off in it, but at least my house stays clean. 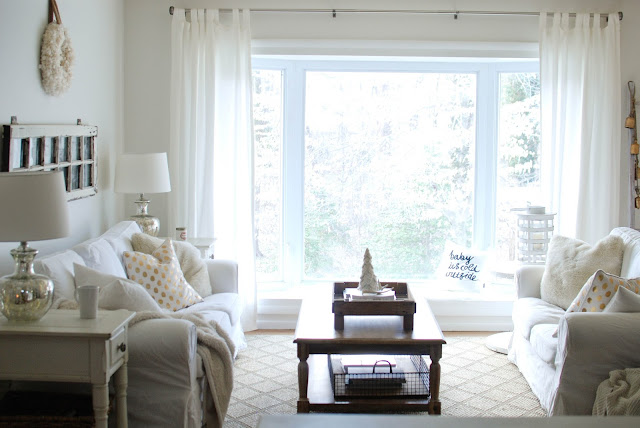 And finally, no shoes allowed on the couch. If the kids want to put their feet up, they are welcome to, but they have to take their shoes off first.  Whether you have white couches or brown couches, this just makes sense for keeping dirt and stains off the couch.   A lot of times, we will even take our shoes off right when we come inside.  I'm not fanatical about this and even as I type, I'm wearing my shoes, so it's not a strict rule.  But especially if it's raining or muddy outside, I will remind my kids to kick their shoes off at the door.  The less dirt that comes inside, the less I have to vacuum up later.  And this goes without saying, but if they are extremely dirty for some reason, they aren't allowed on the furniture at all until they clean themselves up. 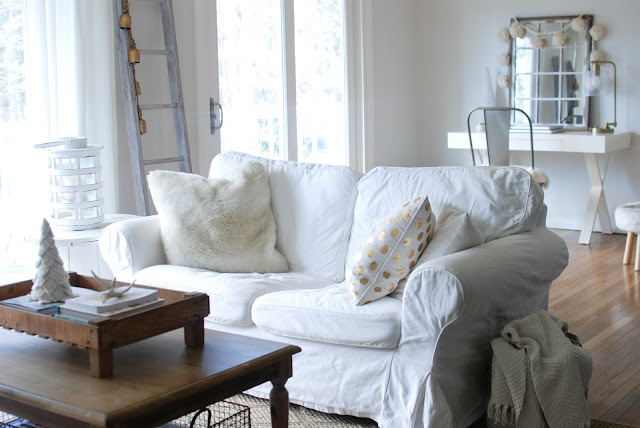 So those are my tips for having white furniture with kids.  I think just by having a few simple rules set in place, you can prevent a lot of the the dirt and stains from happening.  Obviously, my kids aren't perfect and these rules get broken or we make exceptions, but in general, this is what works for us.  On top of that, these couches are slipcovered, so when they do get a stain or start looking dingy, I can throw the slipcovers in the wash with some bleach.

Here's a look at the grey couch down in the basement.  I think it works well down there too. 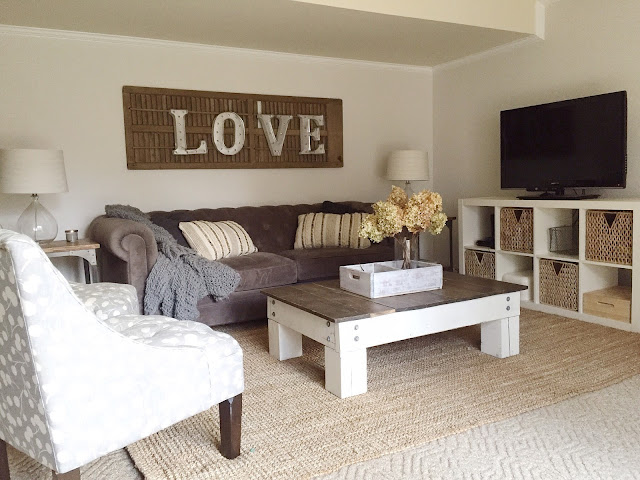 What do you think?  Do you have any tips for me on keeping a clean house with kids?