I just wanted to pop in quickly and share some pictures of Tyson's room. 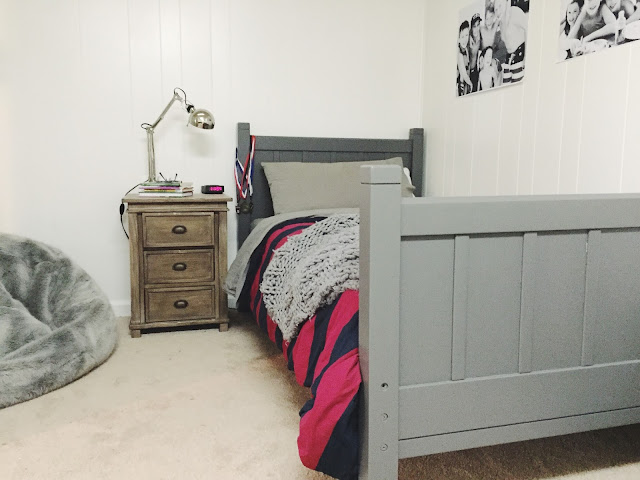 A few weeks ago, he said he really wanted his own room.  I told him if he wanted to move downstairs, then he could have the cottage.  The cottage is a small room located right at the bottom of the stairs in our basement.  There are no windows, so it's not technically a bedroom.  A few years ago, I turned it into a playroom for the kids.  I set it up like a small house (which is how it got it's name "the cottage").  It had a kitchen, a dining room, and a bedroom for Peyton's dolls.  The kids still played in it some, but for the most part, they had grown out of it.  Anyway, Tyson liked the idea of moving into the cottage, so we moved all of the toys out and moved Tyson's furniture in.

He needed a few things like a nightstand, some storage, and a desk.

I was about to buy him a World Market nightstand online, but then found last year's model on Craigslist for much cheaper.  I was so excited.  We had to make a trip a little ways out of town, but I didn't mind.

When we went to pick it up, we just happened to be right near the Outlets, so we made a quick stop in the Restoration Hardware outlet and found a giant furry beanbag on sale.  We scooped it up and brought it home to make a cozy place for him to read and hang out.  This has become the new favorite spot in the house. 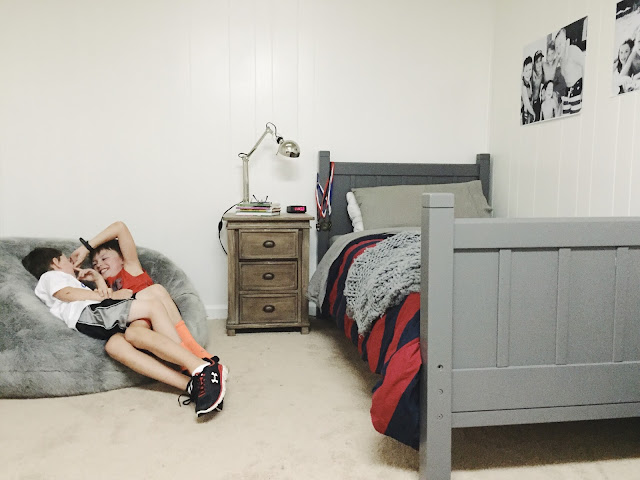 I blew up some pictures of him and his friends for his walls.  This was super cheap at Staples. 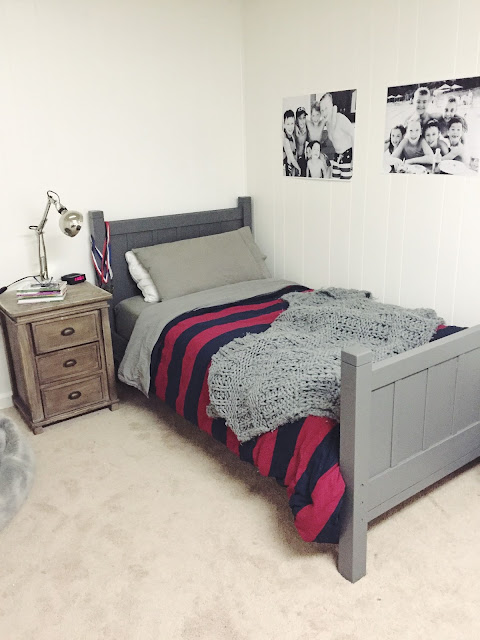 And then we found a desk at World Market that fit perfectly in this nook. It was on sale, plus I had a coupon!!  I really tried to make choices with the future in mind.  I'm hoping this desk will still work well for him and fit him when he's in high school. 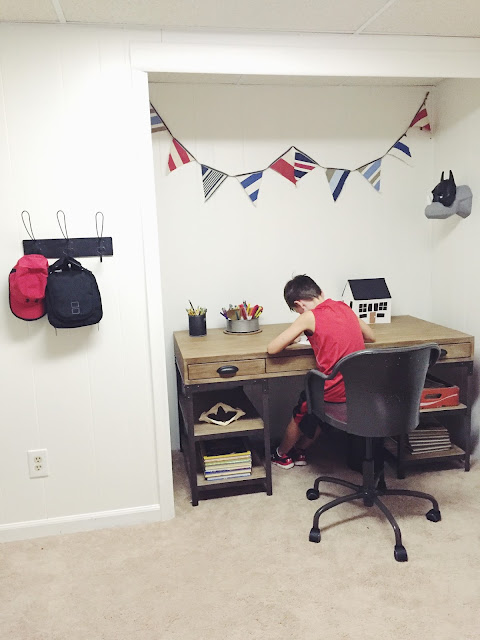 Ikea had a set of lockers that worked great for storing some of his baskets of toys.  Originally, the lockers were bright blue, but we decided they would look better if I spray painted them Gun Metal gray. And we brought the pipe shelves down from his room upstairs. 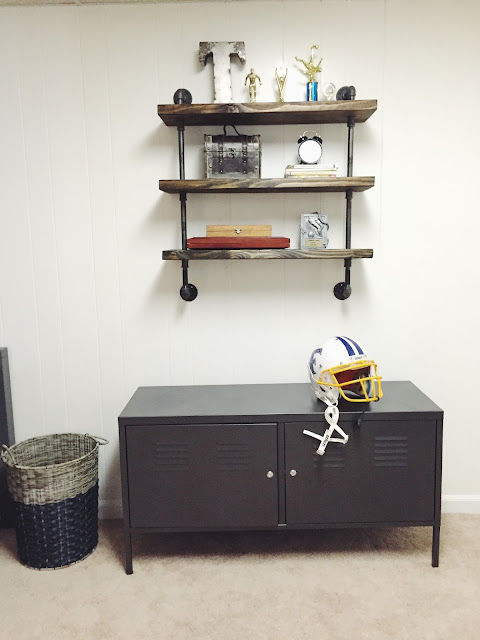 So now everyone has their own room, which has been so nice.  It gives them much needed space to spread out when they start to get on each other's nerves.  I think it's also good for Tyson to finally be able to call something "his own".  He's shared a room since he was three, so I'm happy for him to finally have his own space. 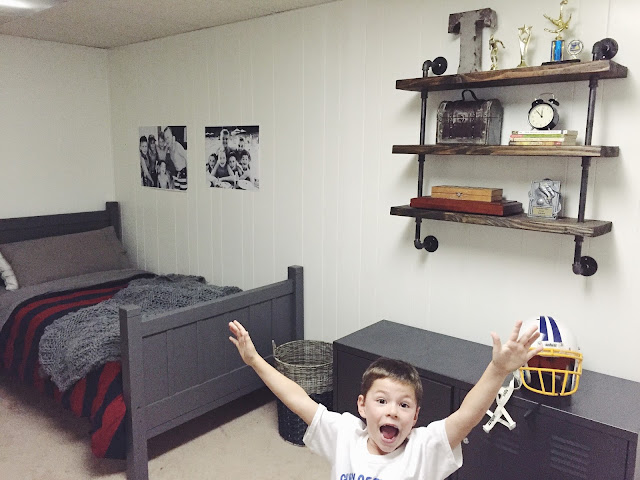 And Hudson is happy because now he has his own room too!

After moving Tyson downstairs, we ended up deciding to switch Hudson and Peyton's rooms, so it's been a busy few weeks of trying to get everyone moved into their new rooms.  I've patched a lot of holes and re-painted quite a few walls. I'm thankful to finally feel like everyone is mostly settled now.

Here's a peek of Hudson enjoying his new room. 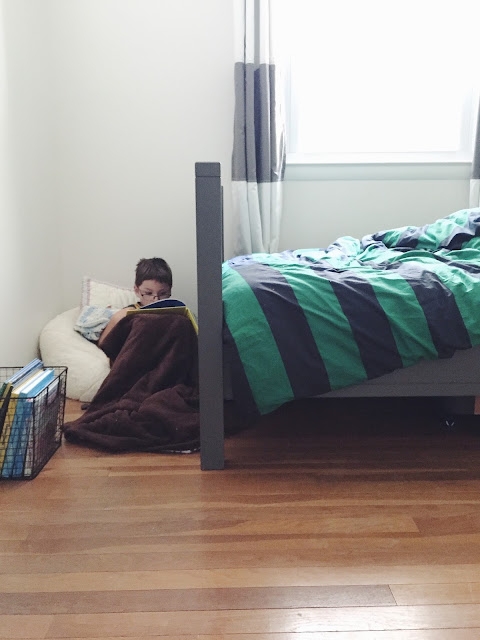 (Sorry - the quality of these pictures is not great.  Since Tyson's room has no windows, I had to turn the overhead lights on and the lighting in his room is pretty awful.  Plus, I just snapped quick pictures with my cellphone.)
Posted by Jaime 3 comments: