Does anyone else still have their pumpkins left over?  Or is that just me?   Yea, it’s probably just me.

Even though Halloween and Thanksgiving are done and over and it’s technically Christmas season now, we still had our pumpkins out on our front porch up until just a few days ago when I made Tim put them out back because the rest of the neighbors were starting to put their Christmas decorations up.  I had really grown quite fond of having them around these last two months and they still looked so cute that it  seemed wasteful to toss them out with the trash. 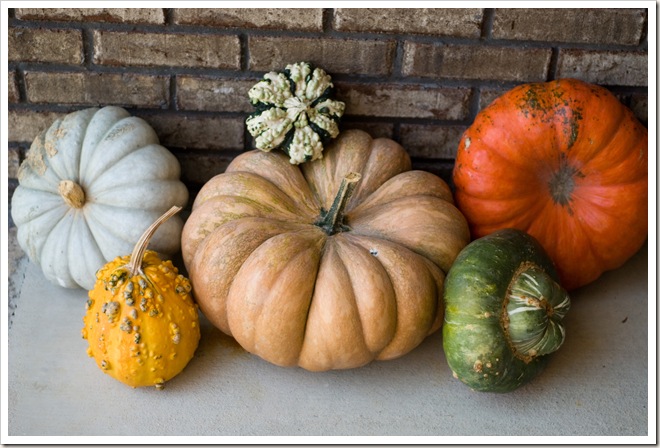 So I came up with a way to keep them around just a little bit longer. 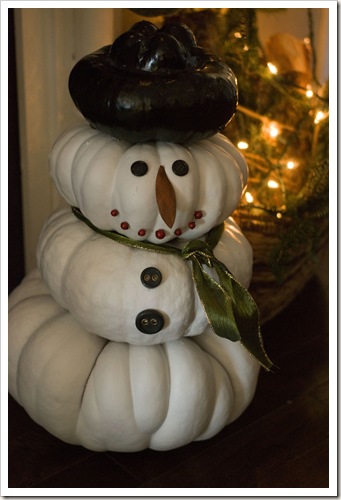 And he really wasn’t difficult at all to make.  My main goal was keeping this project as cheap as possible and using what I already had at the house.  I spent $0.97 total (for black spray paint), so I thought I did pretty good!

Here’s how I made him.

First, I stacked my pumpkins up and hot glued them together.  Just to warn you though, hot glue doesn’t really hold them together that great, so you have to be careful when moving them around or they will come unglued.  But I figured since this was a temporary decoration that would just be sitting around our house for a month or two, hot glue would work well enough (plus that is what I had on hand). 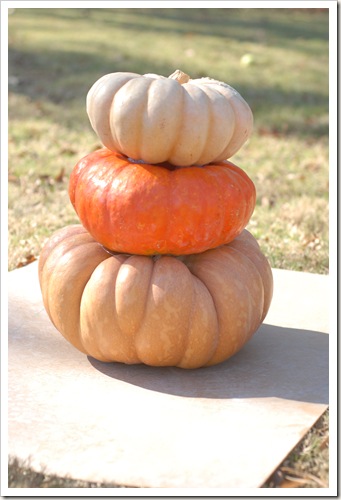 Then I spray painted all my pumpkins white.  It was fast and easy.  I only had primer spray paint, so that is what I used. 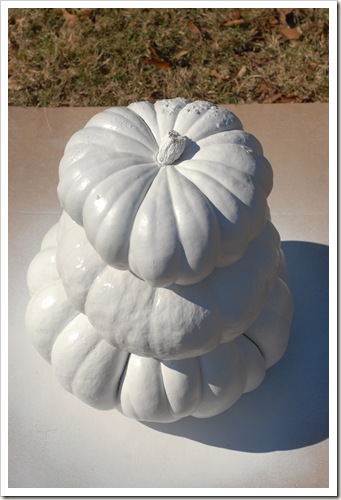 I thought this little pumpkin somewhat resembled a top hat, so I decided to spray paint it black.  After letting it dry, I hot glued this one on top of the three white ones. 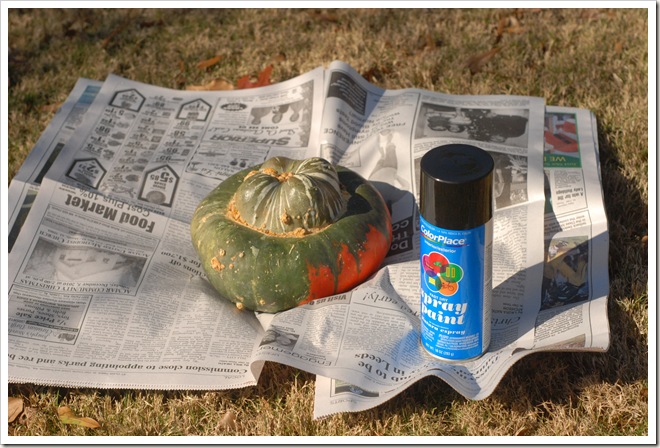 Then I started searching my house for things I could use to make his face.  I used buttons for the eyes, fake berries for the mouth, a piece of potpourri for his nose, and some ribbon for the scarf. 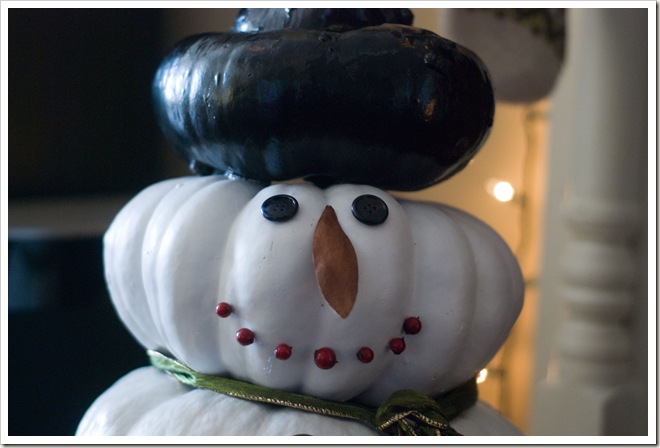 When Frosty’s day of doom does finally come, I have a feeling that I’m going to have an even harder time throwing him out now.  He’s just so darn cute! 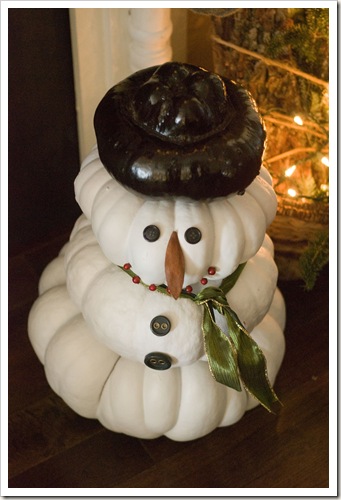 I sure hope Frosty doesn’t melt sitting so close to our raging fire! 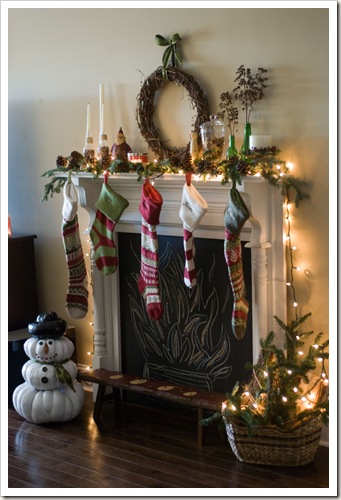