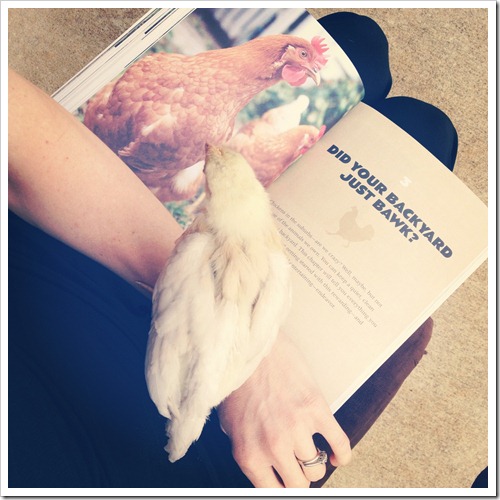 Our chickens have been growing like weeds fast-growing chickens.

Over the last month, Hazel went from this 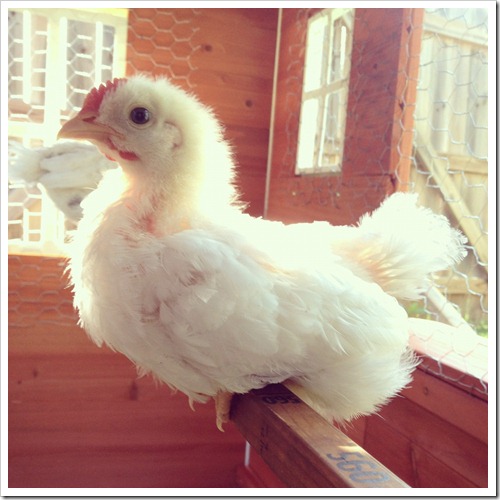 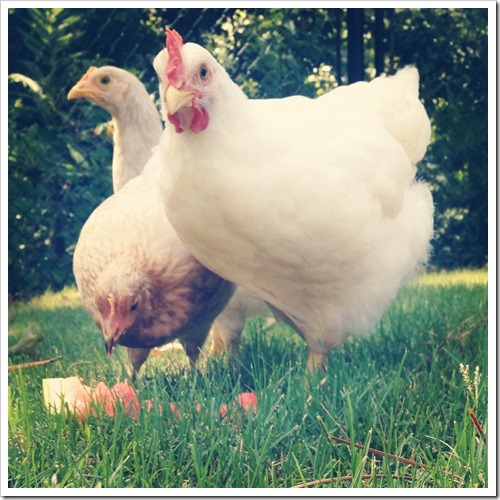 earning her the nickname “Big Mama”.

And Penelope has been promoted from sitting on Tyson’s shoulder 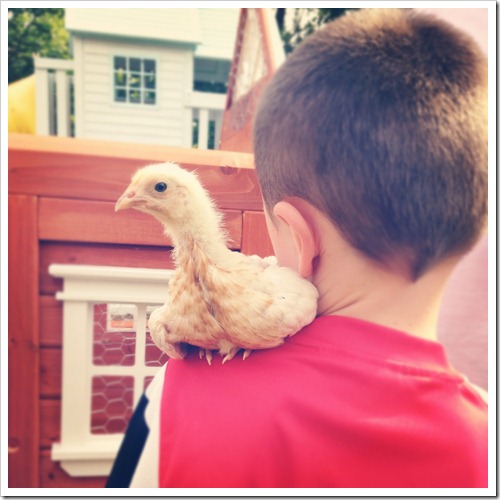 to riding around on his head. In the meantime, Tim has fast and furiously been working on a chicken coop for them to live in. I looked at all kinds of ready-made chicken coops and different plans/designs beforehand.  The possibilities are endless and even overwhelming when it comes to building a coop, but in the end, we decided to transform a children’s playhouse (that we found at Sam’s Club) into a coop. This gave us a framework to work with rather than just starting from scratch.  Several weeks ago, my mom and Rudie were here visiting and we took full advantage of having an extra handyman around to help.  That weekend, the two of them got the main part of the coop put together. 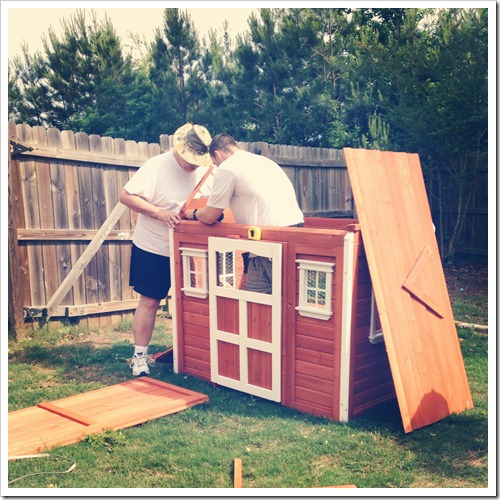 A few things that were important to me when it came to our coop: cuteness, safety (as in impenetrable from predators), and easy cleaning.  The playhouse was already cute, but it still needed to be converted in into something chickens could safely and comfortable live in.  That transformation took a lot of thought and problem solving on our part.

Here’s a peek at the inside.

If you have no interest in raising chickens or building a coop, you may want to skip this next part where I explain the inside of the coop. 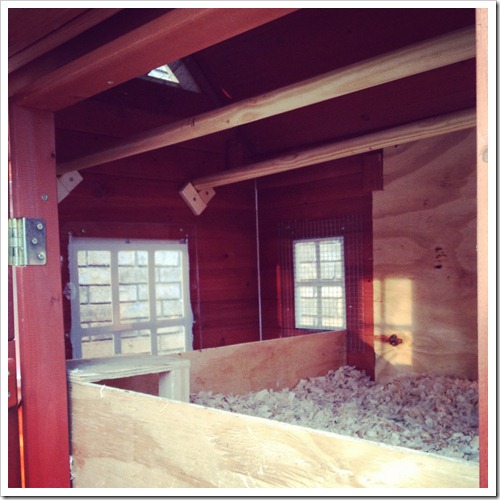 Tim installed two roosting bars for the chicks to perch and sleep on.  He put plexi-glass on the front and side windows and welded wire on the back windows (to keep out any predators and inclimate weather). He also built a floor about 18 inches off the ground (you can see the two levels in the next picture below).  He boxed the top floor in (to keep in the pine shavings) and put stairs going down the far side of the coop to the bottom level.  This way the chickens can sleep up top and then go downstairs for their food (keeps their poop out of the food).  This also allows me to use the “deep litter method” in the top part of our coop.  Basically with the deep litter method (google it if you’re interested), I should be able to go about 8 months to a year before I need to clean out the coop. And supposedly it’s healthier and doesn’t stink or anything.  As the old pine shavings get broken down, I will add more as needed and by the end of the year, I should have about eight inches or more of good compostable pine shavings with mixed in chicken poo, which eventually will make amazing fertilizer (black gold) for our garden.

Here you can see both levels.  In the lower level, we decided to use sand to cover the ground.  To clean it out, I use a kitty litter scoop.  It scoops the poop and leaves the sand behind. 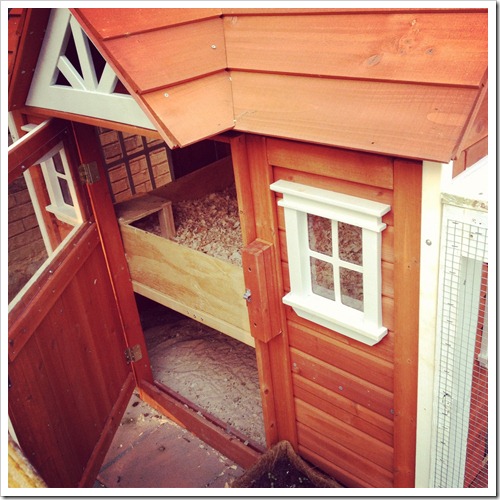 At some point, Tim will put nesting boxes in the back of the coop.  But we have a few more months before the little ladies will be giving us any eggs. 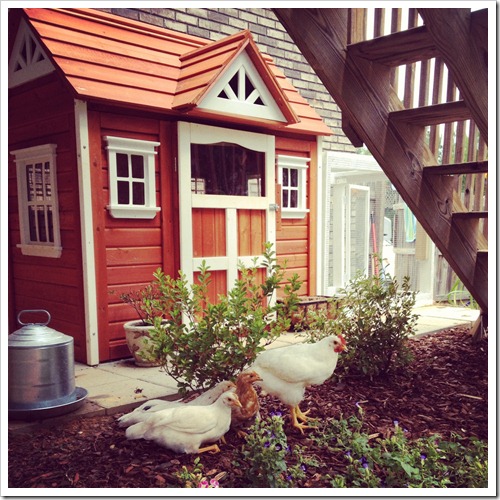 We also built and attached an outside run to the side of the coop. 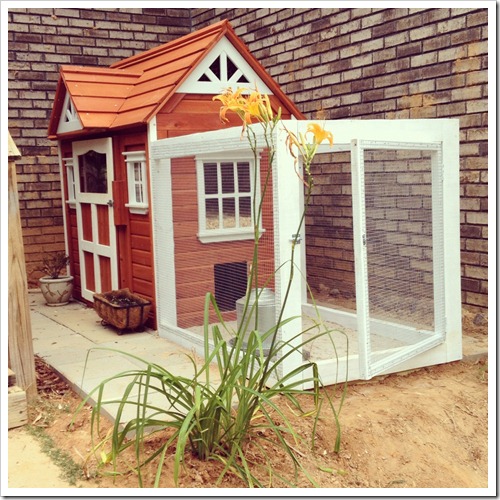 For the most part, I’ve been letting the chickens free range in our yard during the day.  We have a fenced in yard and a dog that doesn’t kill them and this has worked out well for us so far. Plus, this just makes for happy little chickens.  Each evening, as the sun goes down, they head to their coop and put themselves to bed. And then before we go to bed, one of us Tim goes out to close the coop door sing lullabies to them and kiss them goodnight.  But we plan to travel at times, and anytime we’re out of town, I didn’t want them to just be cooped up in their coop.  So Tim built a run and attached it to the side of the coop.  Then he cut a small hole in the bottom of the coop to allow them to come out whenever they please. 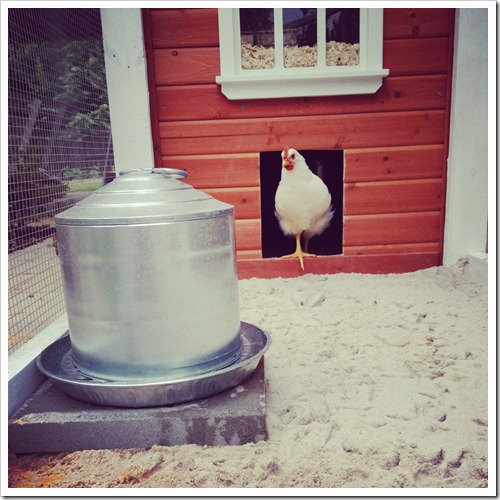 I wish I had a picture to show you this area beforehand.  It was a giant mud pit where no grass would grow.  Our kids loved it.  Me and Tim, not so much.  Now I love it. 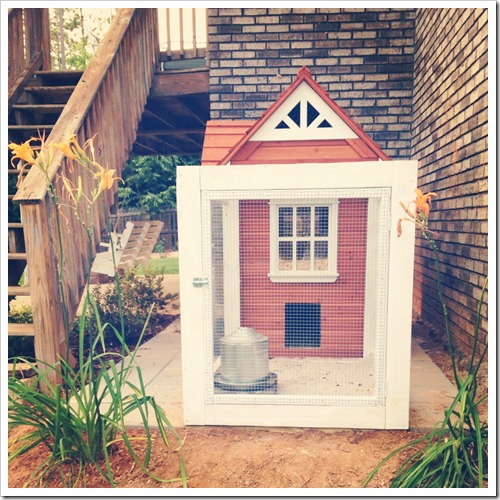 So that was the grand tour of the chicken coop.  We sure love these little ladies.  They’ve quickly become family. 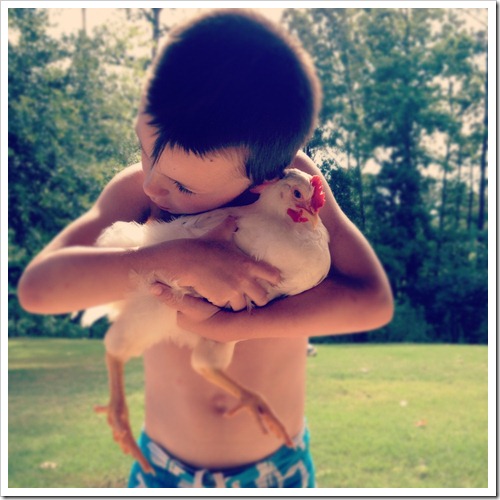 Tyson especially has grown quite attached to them. 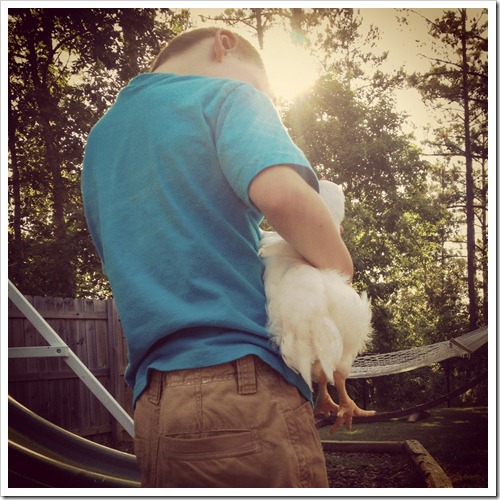 My favorite part of the day is in the evenings when we take any dinner leftovers out and feed them to the chickens. 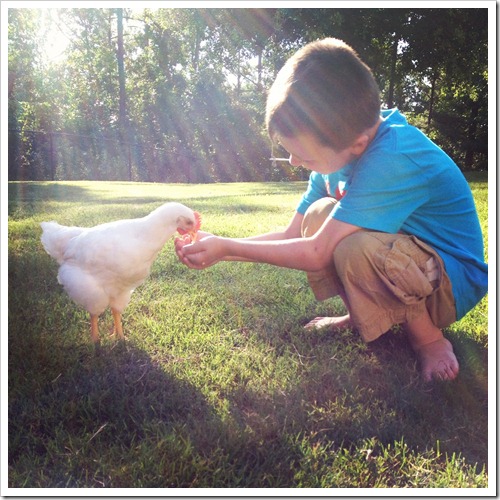 I love sitting on our back porch swing and watching them scratch and peck the ground as the sun sets in the background. 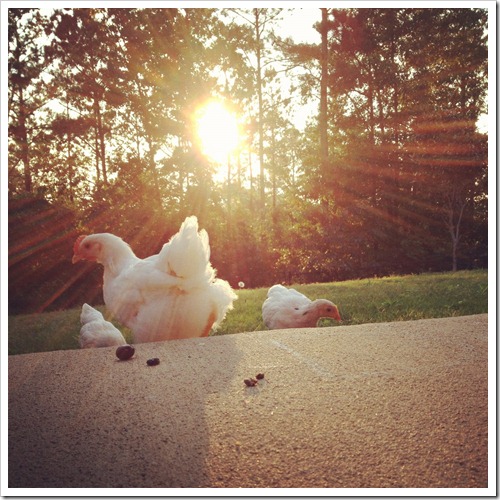 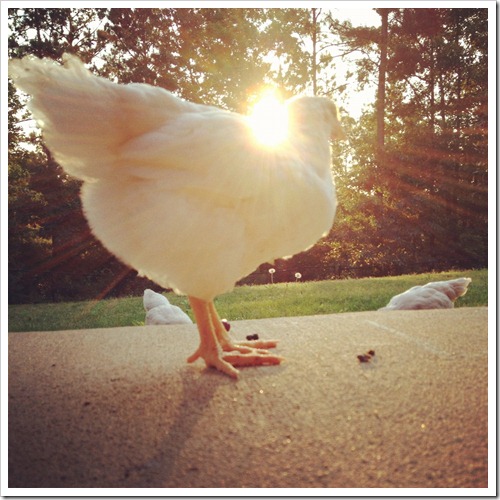 And one day, I hope they surprise me with some of these. 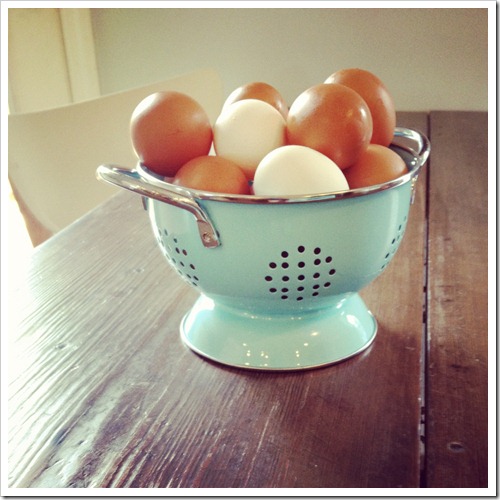