Deal of the day

You’ve heard the saying, “Good things come to those who wait.”.  Well when it comes to creating our home, waiting isn’t always my strongest attribute. But I’m learning that waiting is so important to getting an end result that I love.  It’s important to first figure out what you love and usually that takes time and research.  Pinterest is great for that.  And then it usually takes even more time to find what you love at a price you can afford. 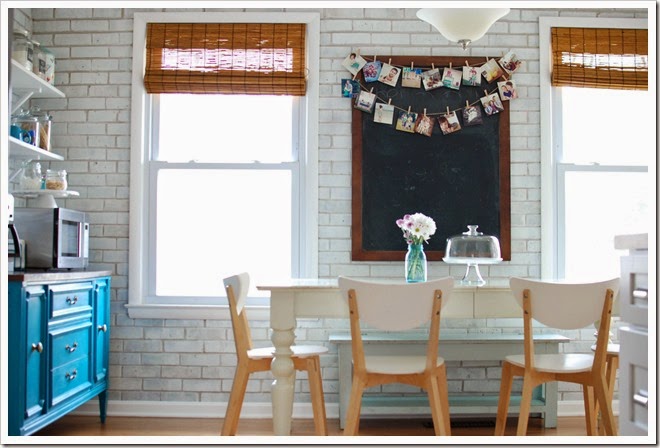 We’ve had these Ikea dining chairs for several years now.  They weren’t really my favorite, but I bought them at a time when I wasn’t willing to put the time and energy into finding what I really wanted. I just wanted something immediately and Ikea was cheap and those chairs were good enough. We’ve since learned that buying on impulse just to fill a void in your home is the first step down the wrong road and it ends with having to turn around and do things over.  You lose both time and money that way.  So we’ve stuck with the chairs just because replacing them wasn’t necessary and wasn’t really in the budget.  But recently the bolts that hold them together have been falling out of them one by one.  The holes were stripped, so even after we tried to screw the bolts back in, they would eventually just find their way back out.  We got down to four chairs that were still holding themselves together properly.  Over the last several months, I’ve been looking around to see what style of chairs I loved because I knew we were going to need to replace our dining chairs in the near future.  I paid attention to dining chairs on Pinterest and blogs and I would also randomly pop in on Craigslist to see what I could find there.  We didn’t have a lot in the budget for kitchen chairs, so I was hoping to find a good deal. I honestly didn’t know exactly what I wanted until I stumbled across this next picture. This is from Joanna Gaines farmhouse.  Have you seen her show, Fixer Upper on HGTV?  It’s my new favorite show.  She and her husband, Chip are so inspiring to  me.  And I love her style.  You can read her blog, here.

The owner wanted $500 for the 4 chairs and a table.  I wasn’t in need of a table, so I emailed the owner and asked if I could just buy the chairs.  I was hoping I could buy 4 chairs from him for around $300, then go to World Market and buy a few more. At this point, we were hoping for 6 chairs total. The chairs were listed at $119 each in the store.  It wouldn’t be super cheap, but by buying a few from Craigslist first, we would at least save some money.

I didn’t hear back from the seller immediately, so in the meantime, I decided to go to World Market to sit in one of the metal chairs and see how I liked them.

But, while I was there, I saw that they were having a clearance sale on all their summer furniture.  Everything was marked 75% off.  And they had a variety of metal dining chairs marked down from $100 to $25.  I think possibly my mouth fell open in shock at that price.  Holy cow! What a deal!  The problem was that there were only two that were the gunmetal color that I wanted. The rest were yellow, orange, or blue.  A lady at the store tracked down a few more gunmetal colored ones at another World Market and by the end of that day, I had bought five chairs and Tim had three more on hold at other store locations across the DC area. 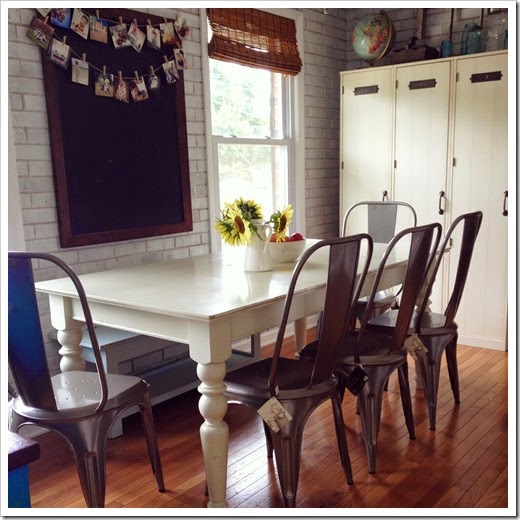 Although we first thought we just needed six chairs, we ended up deciding it would be best to have eight since we enjoy having people over for dinner.  And since they were so cheap, we felt that we could afford to buy a few extras.

With added coupons, I got all 8 chairs (across 4 different stores in 2 different states) for $196.10 total.  Originally, those eight chairs would have cost $800!  It was a steal!!  I’m pretty certain I couldn’t have gotten a better price anywhere, not even on Craigslist. 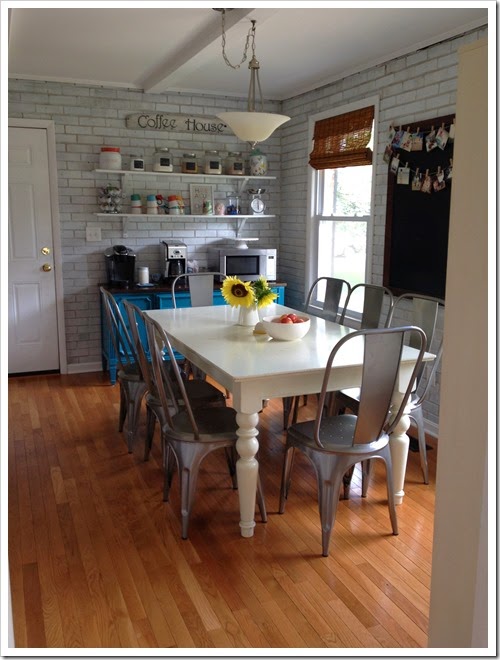 And I love the look. The dining area is both eclectic and vintage, with new and old pieces mix and matched together in a way that is unique and fun to me. 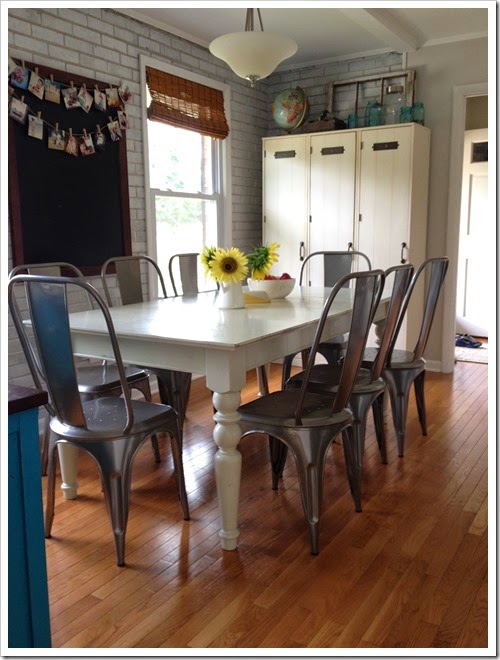